After a hugely successful 2016 we are keen to ensure that the competition remains at the forefront of group dance competitions in the UK. Given the incredible interest shown in the competition in 2015 we have decided to expand the competition once again by adding a semi-final stage for 2016.

We will now have 20 heats across the year split into two sets of 10 heats. Any schools who successfully progress from our Spring/Summer heats will compete in either Semi-Final A or B, schools who are successful in our Autumn/Winter heats will compete again in either Semi-Final C or D. The diagram below shows the road to the final that your school could take in a bid to be crowned That's Showbiz Champions.

At the heat stage the groups placing 1st to 4th overall in each age section will progress to the semi-final stage along with the adjudicators' choices. The age sections for 2016 have not changed so the same rules as 2015 apply.

At the semi-final stage the routines finishing 1st to 5th overall in each age section will progress through to the final along with three adjudicators' choices. At both the heat and semi-final stages the adjudicators choices may still be awarded to one of the groups that placed 1st to 4th overall.

For further information Contact Us or you can Register online now 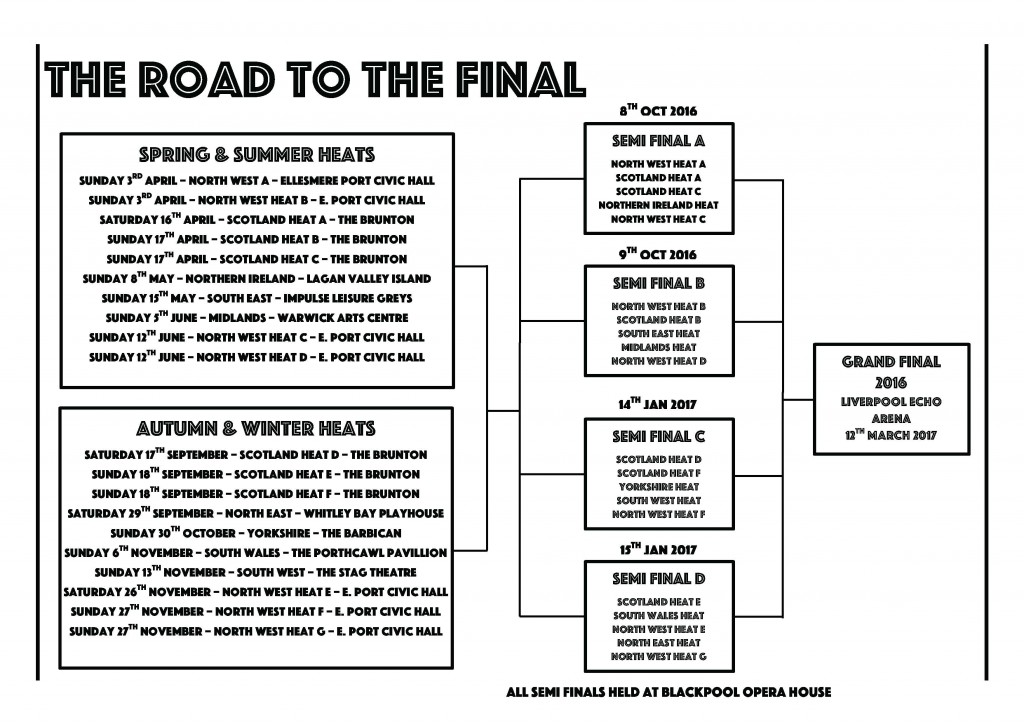 View all posts by: